SAN JUAN DE MERCONA – So far, the 2018 Dakar Rally hasn’t been an entirely smooth ride for Tim and Tom Coronel. On the first day, the popular twin brothers were faced with brake issues and an overheating engine. The cooling problems weren’t fully solved on the second day. On top of that, the duo got stuck in the loose sand and the seemingly endless sand dunes of Peru a couple of times. On day 3, things went wrong again and the brothers had to spend the night in the desert. In previous Dakar participations, they already had far more than their fair share of nocturnal adventures, so that was no problem, even though Tim and Tom would rather have made it to the bivouac. 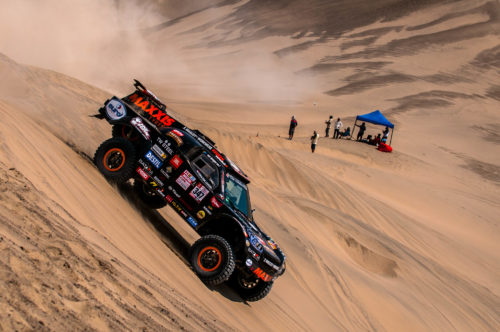 Having spent the night in the vast and silent nowhere, the brothers got going again when the first rays of sunshine came. They completed the 40 kilometres to the finish without any issues, followed by a road section of about 200 kilometres back to the bivouac. “That was quite a night,” Tim looked back. “We spent the night in the dunes, together with Richard de Groot’s Fireman truck. There was no way for us to complete the final part of the stage in the dark, so sleeping in the desert made more sense. The sun came up at 5.30 am and we immediately got going again. We made it to the finish without further ado, so now we do some quick checks on the car and then we will go on again! At the beginning of the stage, we were again having some overheating problems with the engine, but we believe that we have found a solution. If it works out, we can now really start pushing!” 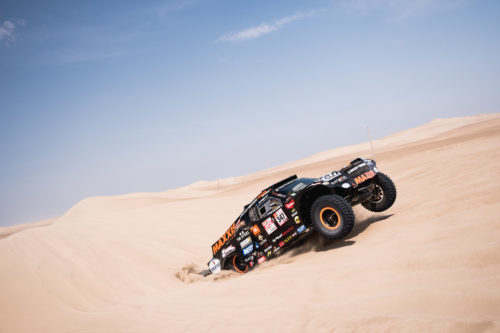