A trouble-free second stage for Tim and Tom Coronel

Tim and Tom Coronel have completed the first serious stage of the 2017 Dakar Rally. The brothers made it through the 275 kilometres long stage without any prolems. The day started off with a rather unclear situation. Following the nice 1-2 result in the UTV class achieved by Tim and Tom on the opening day, word from the organisation arrived that the two would be promoted to the car category as the buggy was considered to be too fast for the UTV class.

Tim and Tom remained unfazed by the turmoil and took on the 275 kilometres long stage. Having driven for more than three hours in the blistering sun, the two crossed the finish line: Tim in 39th position and Tom another six places further down.

Fortunately, there were some water crossings every now and then, providing some welcome cooling, as Tim explained afterwards: “I acted as a submarine. Getting a splash of water into your face is great in conditions like these! For the rest, it was a good day. A lot of mud and many straights that allowed for high top speeds. The engine temperature started to rise a bit, so I played it cautiously. Just making it to the finish was the most important thing for us. And all these spectators lining the route, just fantastic.” 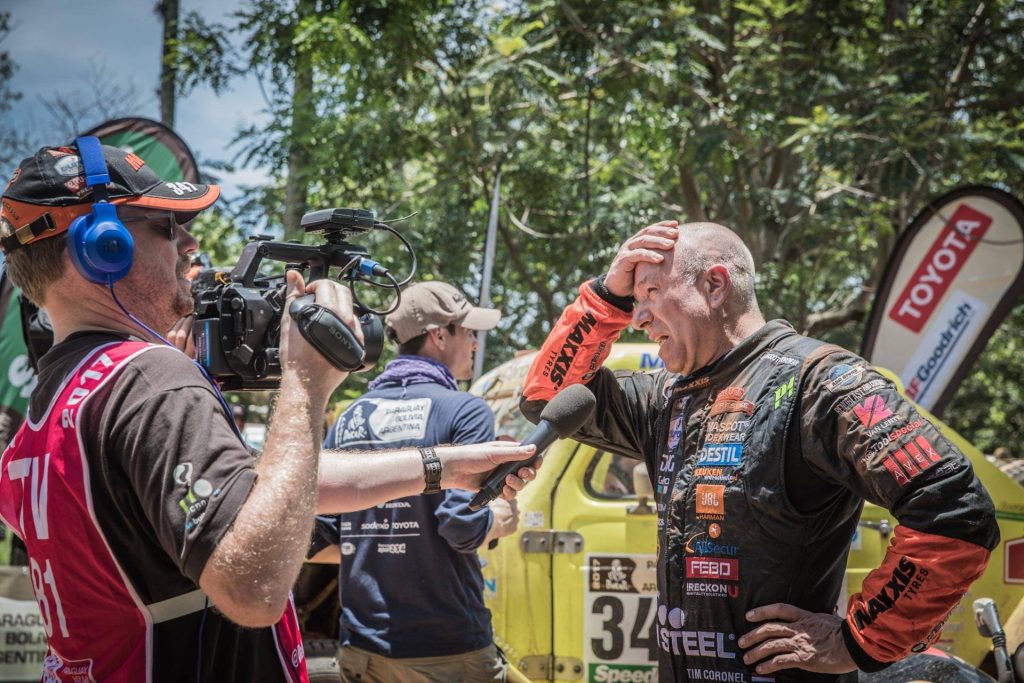 Competitors will be heading to higher altitudes, but temperatures will rise considerably, too. The first off-ropad sections of the 2017 Dakar Rally will putt he  competitors to the test. There are several rios to be crossed, so utmost precision is required.