Another all-nighter for Tom Coronel

Tom Coronel and the Dakar Rally aren’t a perfect match so far. This year, again, the fast Dutch driver has to deal with more than his fair share of trouble.

Last week, Tom spent the night out in the cold and in pouring rain due following a clutch problem. As a result, he was still driving during the rest day and hardly had any time to relax. To make things worse, the first part of the marathon stage was scheduled for the Monday: a long stage with a bivouac, but without assistance at the end.

Due to the conditions, the itinerary was considerably shortened to ‘just’ 161 kilometres, but they were some really tough 161 kilometres. The Coronel Dakar Team crew members had got the buggy equipped with a new gearbox, hoping that the clutch problems would be solved like that. However, things went wrong again for Tom Coronel relatively soon. This time, the oil pressure dropped, after which the car required another quick tow to the bivouac from the Boucou fast assistance truck. 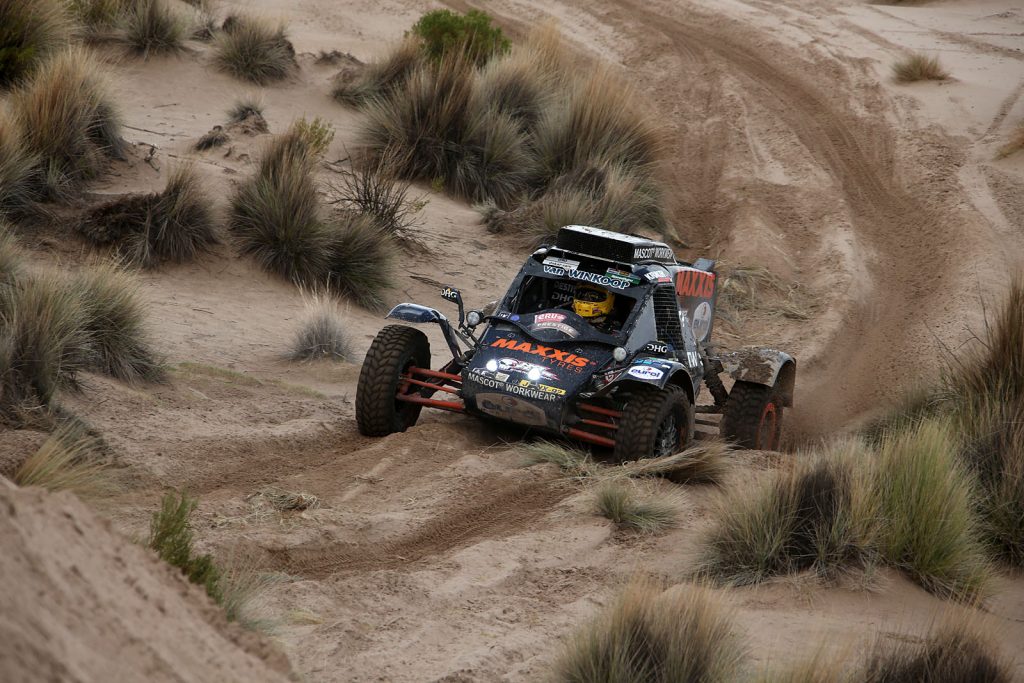 Tom had to spend a long time waiting in the mud and the cold for the Boucou assistance truck to arrive to pull him to the bivouac. Conditions on the muddy stage were really tough as the trucks had completely destroyed the tracks. Because of this, Tom only arrived in the bivouac in the early morning hours.

There, he found Tim waiting for him. There was hardly any time to relax, because with no assistance being available, the brothers had to solve the problem on Tom’s buggy by themselves. And they haven’t got much time to do so, because the second part of the monster stage beckons already. One thing, however, is certain: giving up is not an option.