Rosario, January 2nd 2016 – It’s started. On Saturday the 2016 edition of the Dakar Rallye finally kicked off. After the podium ceremony the teams drove to the prologue of Dakar 2016.

This short stage determined the starting order for the first real stage on Sunday. Tim and Tom Coronel both reached the finish and had no problem driving to the bivouac. There the Maxxis Dakar buggies were checked en prepared for Sunday’s stage. 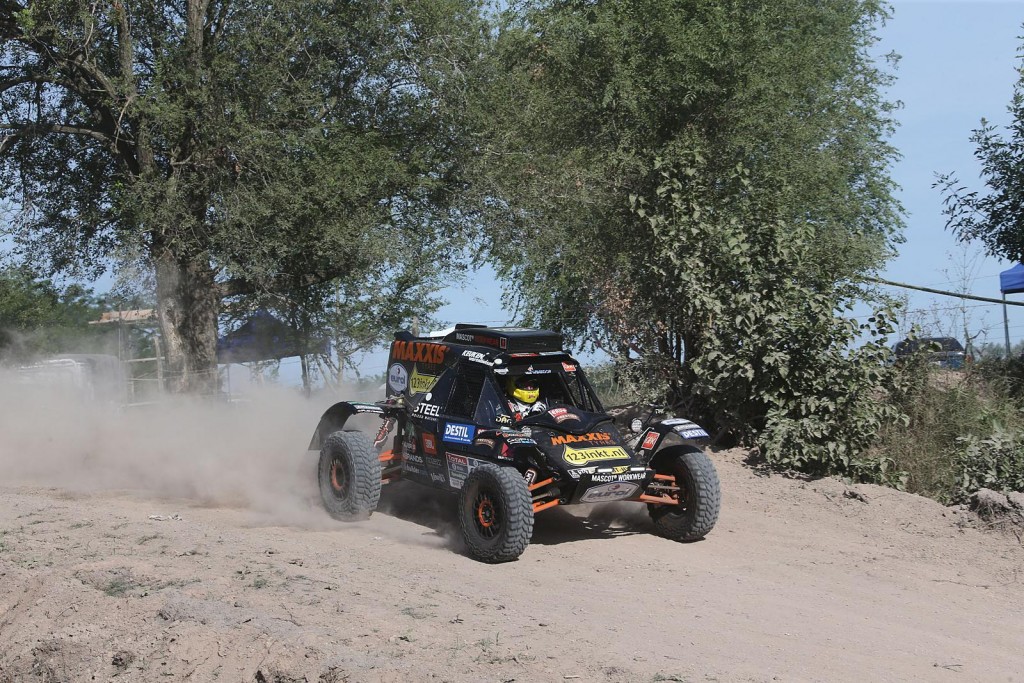 After a couple of hectic days it was finally time for the real thing. The Maxxis Dakar buggies were released from the parc ferme and Tim and Tom drove to the podium ceremony. “It was crazy, how crowded it was on the way to the podium”, Tim says enthusiastically. “It’s great to see how popular Dakar is here in Argentina, unbelievable.” After the podium ceremony it was time for the prologue. A short stage that can’t be won, but where everything can be lost. Tim and Tom both took it easy and finished as 43rd and 51st. Tim was satisfied: “It went okay. The first 3 kilometers I took it easy and then I released the buggy. It was an easy track, but there were some tricky parts. I’m happy to drive again, but I had to get used to it. Especially on high speeds I was searching for the right sitting position, because of the air streams in the buggy. I really enjoyed it and I’m looking forward to tomorrow’s stage.”

Tom was also satisfied after the short prologue: “I took it easy and I really enjoyed it. There’s nothing to win here, so I didn’t take unnecessary risks. It was a short stage, but nice to get in the rythm. Tonight I’m gonna have a good night’s sleep and then tomorrow it can really start.”

The prologue, that was won by Bernhard ten Brinke, was startled by a serious accident involving spectators. “After the finish they told us that the prologue was shut down because of an accident”, Tim tells. “A participant drove into a spectator area and that’s never good to hear. Our thoughts are with the victims and we hope they get well soon.”