SAN JUAN DE MARCONA – Tim and Tom Coronel have completed the first serious leg of the 2019 Dakar Rally without any problems. The twins briefly got lost in the treacherous Peruvian sand dunes, but still finished close to the top 30.

After the 84 kilometres long warm-up on the opening day, a demanding leg was scheduled for Tuesday. Competitors had to complete 442 special stage kilometres, making it one of the longest stages of the 2019 Dakar Rally. Things having been going well on the first day, Tim and Tom were full of confidence as they took on the challenge. On day 2, ‘The Beast 2.0’ again worked perfectly in spite of a slight navigation error and the really steep dunes.

“It was a demanding leg with unbelievably high dunes. I have seen quite a few Dakar dunes over the years, but today, we had a few that I found pretty impressive, too,” Tim admitted. “We were going well, we didn’t have to stop anywhere and we didn’t have any problems. However, we did get lost briefly. The big boss came to find us with the helicopter and got us back on the right way. Apart from that, it was a great day!” 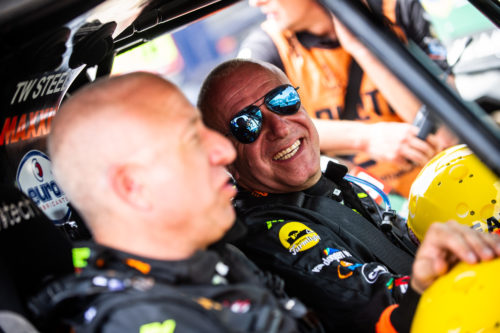 Tom added: “It was a beautiful route. In the early part, we had many really huge dunes. We climbed very high and then we went steeply downhill towards the beach. Once, my teeth really hit each other hard when we landed on a dune and a little piece broke off my tooth in the process. We had no problems with the car whatsoever. Tim was driving nicely, but still quite safely. Whether we were racing? Well, I reckon that we are going at 90 percent. We have a nice feel for the car, we are getting into a good rhythm. We are more than happy, nothing wrong at all!”

The third leg is scheduled for Wednesday. Competitors travel from San Juan de Marcona to Arequipa, covering 799 kilometres including 331 kilometres of special stages.