Tim and Tom Coronel start off 2017 Dakar with a 1-2
The 2017 Dakar Rally has started officially! After months of preparations, the participants finally were able to cover the first miles today.

Initially, the first stage didn’t look like much more than a mere warm-up exercise. The schedule only included 39 kilometres, mainly aimed to determine the starting order for the first serious stage on Tuesday. Nevertheless, the stage turned out to be trickier than it seemed. Mud, water, rocks, dust: the competitors were put to the test straight away.

Tim and Tom Coronel kept their heads down and completed the first stage without any problems. As it was expected, the buggy performed perfectly. Tim completed the stage in 33m13s and thus emerged as the fastest driver in the solo classification. Tom needed over one minute more, but still secured a 1-2 for the Coronels.

Tim was very happy afterwards: “Well, the first stage is in the books! I am really happy to have finished together with Tom, really great! This stage was mainly about driving in a row, I only managed to overtake two competitors. I took it rather easily and kept everything in piece for the upcoming days. Along the stage, spectators lined up in numerous rows, fantastic! That is a great motivation. I took more time waving to the spectators than looking at my roadbook. All in all, it was a nice day, everything looks well so there isn’t much to complain about.”

Tom added: “Finally, the Dakar has started! Being on the road now after months of preparation is a great feeling. Everything is feeling well, although the right fender of my car suddenly came loose. However, we will fix that, it doesn’t seem to be a problem for the next days for me. I am glad that we are underway and I am looking forward to the first really serious stage on Tuesday.” 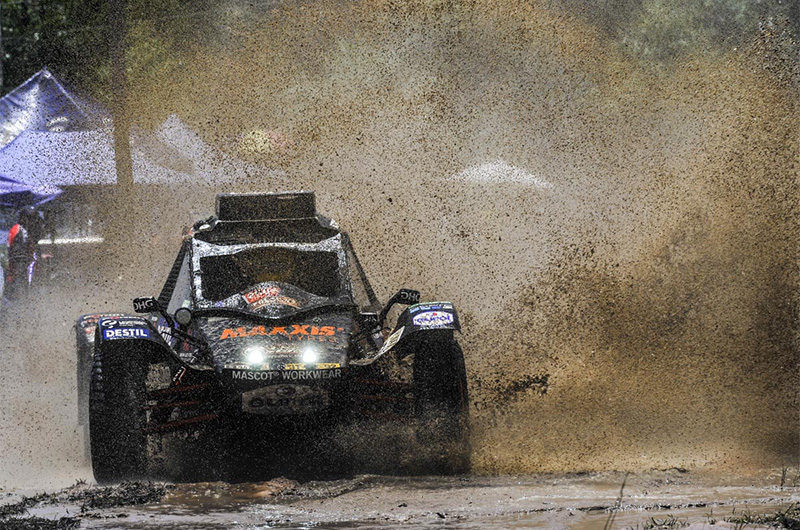 The Dakar Rally competitors may think that they know Argentina by now, but this is the rally’s first visit to ‘Chaco’. The area in the north is known among many rally fans, for instance because of the demanding Transchaco and one of the toughest rounds of the Argentine national rally championship. Calmness and cooling are crucial in this very dusty area. Unless rain will set in, that is!