Uyuni, January 9th 2016 – Although the boys drove from Uyuni back to Uyuni, they drove quite a long distance. The longest stage of Dakar 2016 was 524 km long. Tim Coronel could keep up with the othes for the biggest part of the stage and finished as 75th. Tim spent a lot of time on the connection, driving to the bivouac, where the mechanics worked until late to get the Maxxis Dakar Buggy fresh and ready for today’s stage. 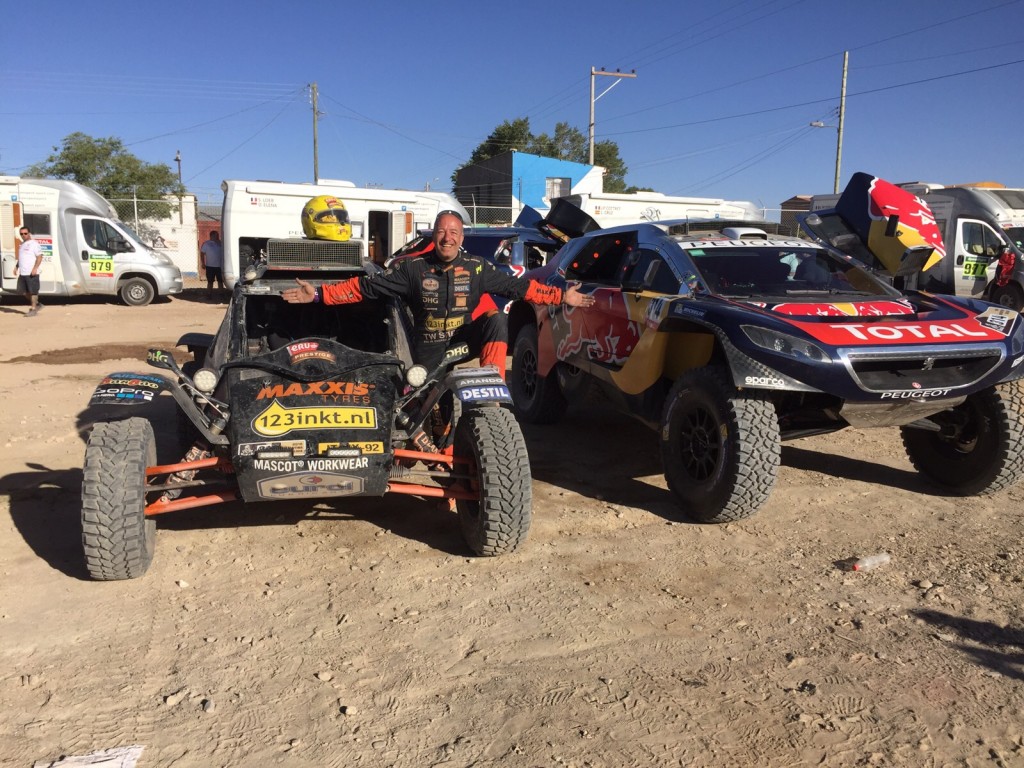 After a short night’s sleep Tim was ready: “It was a short night, but that’s Dakar. Yesterday’s stage went really well. Especially at the beginning I could push and I had a nice time. It was a long drive, but there was a lot to see. We drove around the Bolivian salt lakes and the paths were wide. I finally got to feel that Dakar feeling. In Argentina we mostly drove on rally tracks and now we went into the mountains and here there are long stretched landscapes. The only part that was a bit scary was a road crossing llama! It was very close, I almost hit it”, Coronel laughs. “Today we go on our way to Salta, that’s where we’ll have the rest day. The buggy needs it, and honestly, I need a bit of rest too. I look forward to today’s stage and when I arrive in the bivouac in Salta I’m gonna see Tom again. I bet he has had some adventures so he can tell me all about it tonight and tomorrow!”