Jujuy, January 5th 216 – After a long day on Monday, there was a relatively short stage planned for Tuesday. The 3rd stage from Termas de Rio Hondo to Jujuy was shortened and from the original 314 kilometers there were only 190 left. Tim Coronel had a good day, besides a flat tyre he had no problems. Tom was still dealing with the problems from the day before and didn’t reach the finish with such ease. 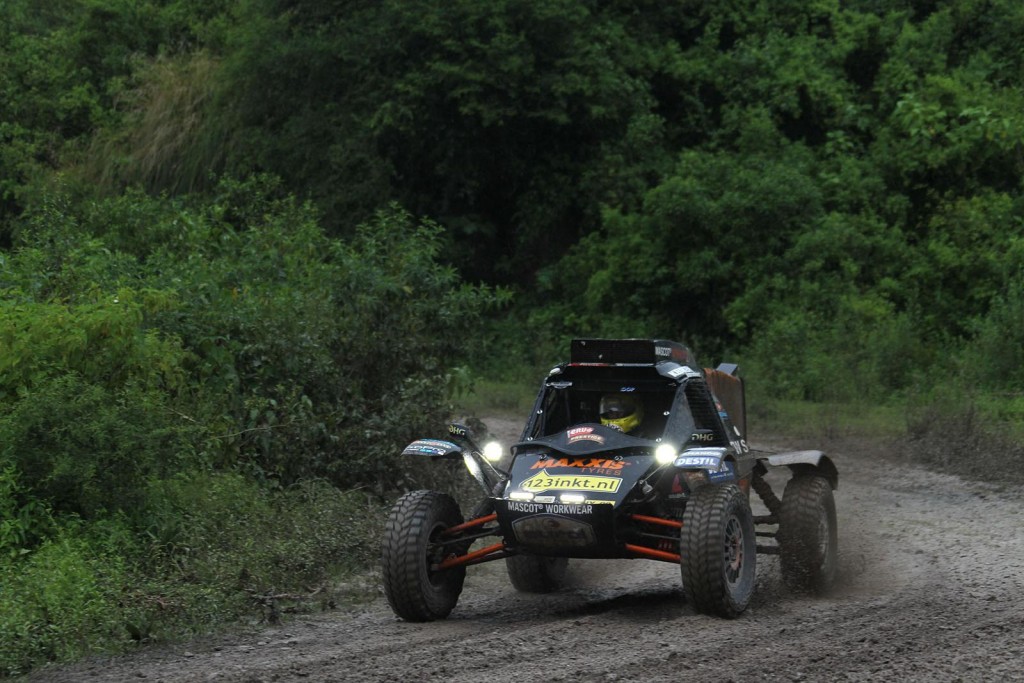 After the tough day of stage 2 Tim and Tom Coronel started in the back of the field and that didn’t help. Despite that they won a lot of time in the first part of the stage and Tim was even 47th at the first waypoint. At the second waypoint Tim was also 47th, and that after starting as 104th. Tom didn’t have such a good day and lost a lot of time after the first waypoint. The problems on his Maxxis Dakar Buggy weren’t totally resolved and the weather wasn’t helping him. Hoondert Rally Team’s truck brought Tom to the last checkpoint and there he was told the last part of the stage was cancelled because of the bad weather and undrivable paths.
We talked to Tim just after the finish: “Finally a good day! After all the misery of the past few days I needed this. The buggy was doing well today and I think we could see that in the times. It was a beautiful stage with a lot of ravines. I really had to concentrate, before you know you make a mistake and you fall down a couple of meters. In the last part I ended up in the fesh fesh and that’s when I had a problem with a tyre. I lost some time, but that was everything. I had a superb drive today!” When asked why Tom hadn’t finish yet he said: “Apparently Tom has had some problems and he couldn’t come along with the rest of us. The last message is saying he’s towed by Adwin Hoondert and on his way to the finish. It is a stage of extremes. I hate that we don’t have Tom’s buggy figured out, but we won’t give up. The mechanics have some work to do, but I have hope that we will resolve the problems. I feel good. On to tomorrow’s stage!”