Tim and Tom Coronel ready to take on 2017 Dakar Rally

After many months of preparation, the time has almost come: the 2017 Dakar Rally is about to get underway. Tim and Tom Coronel are fully ready for the endurance event in South-America.

The members of the Coronel Dakar Team have already spent a few days in Paraguay to get used to the conditions, the very high temperatures and the time difference with Europe. Cooling vests, ice-cold drinks and a plunge into a cooling swimming pool every now and then now still are a luxury, but in a few days, Tim and Tom Coronel will only be able to dream about that once the Dakar rally has started.

At the moment, the team is finalising its work on the buggies to be optimally prepared for the start. “It is almost time. One year of hard work, and now, we are here in Paraguay,” Tim reported from the bivouac. “We have been fine-tuning things for two days now. On Monday, the real action starts!”

The traditional scrutineering was scheduled on New Year’s Eve: “Everything has been checked meticulously. The organisers look whether all safety measures are in order and whether all the rules have been met. As to that latter thing, that is always difficult for us,” Tim said, tongue in cheek. “But everything was found to be correct, so we can go. All the guys have done their best, Tommy has brought the stickers, so our babies are beautiful. We will make it a memorable experience. Le Dakar is almost go!”

“Hats off to my brother”

Tom is also really eager to take on the event: “I have a very good feeling, only little tension. I saw Tim getting a bit nervous one hour before scrutineering. Of course, it is fantastic what he has been doing all year, the boy has worked really hard to get the whole show here in such a great conditions. Hats off to my brother, really. It all looks very nice and everybody is eager to go. The team is fully relaxed, that is a new thing for me. In the past, there were always many things that had to be done at the last minute. This year, we were walking around the car and we just invented some things to do, that is how well everything has been prepared. The car is ready, and so are we, just like the really enthusiastic fans along the road, so let’s get this party started!”

After the podium ceremony on 1 January, the 2017 Dakar starts in earnest on Monday. Tom is looking ahead: “The main purpose of the first stage is to decide the starting order. We are doing a 380 kilometres road section to the start, followed by a relatively short stage. That is the start of the heaviest Dakar rally in history! The race director has already warned us: this will be the most difficult event ever, the waypoints will be more difficult to find and the organisers even will be hiding some of them. They have some surprises in store. It will be more difficult than in previous years, but that is just cool!” 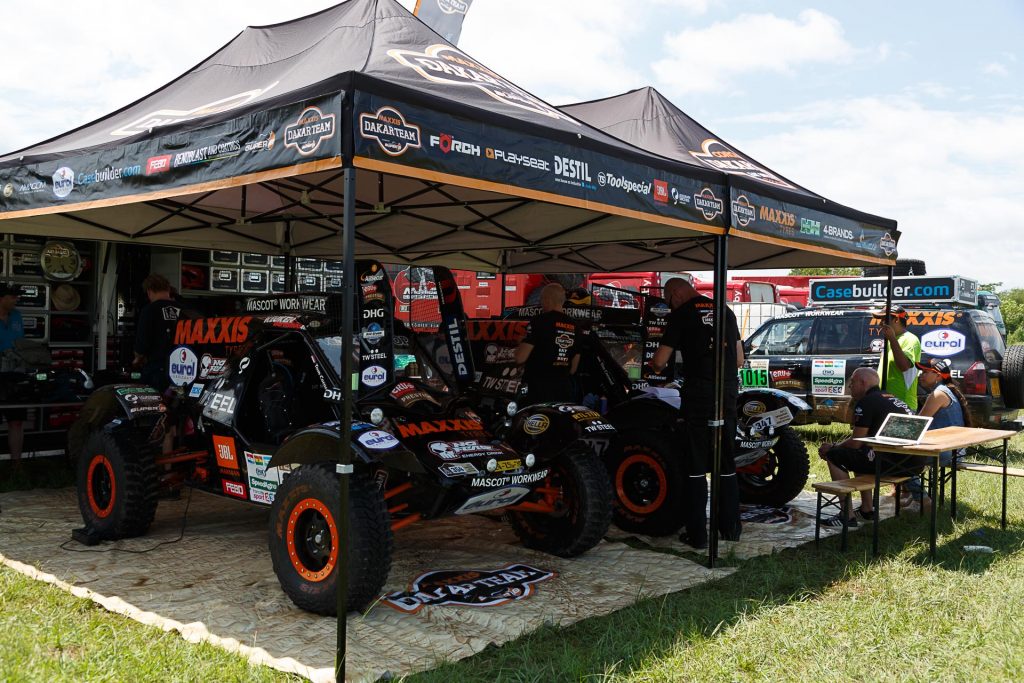 Performing at the limit for a fortnight, mentally and physically exhausting, a mistake is just around the corner and there is hardly time to relax. Welcome to the Dakar Rally!

Although the previous running saw many retirements, several competitors thought that it wasn’t hard enough. Many WRC like stages, especially in the first week, instead of the traditional off-road sections where navigation is the key. The organisers admitted that navigation played a less crucial role in the past years. That led to a rule change: navigation will be decisive again in 2017.

According to the organisers, the 2017 Dakar rally is more demanding than all previous editions held in South-America. This year, the action starts in Asuncion, the capital of Paraguay, but the field will cross the border to Argentina quite soon. This is where most of the stages are held. In Bolivia, uncharted territory at a very high altitude will be awaiting the competitors, including the dreaded marathon stage between La Paz and Uyuni. A bivouac will be set up halfway through the stage to spend the night, but there will be no assistance. Therefore, any damage to the car almost certainly means retirement. And what about the stage of almost 1,000 kilometres between Salta and Chilecito in the final days of the rally. That will certainly be the decisive stage.

Race director Marc Coma, a multiple Dakar winner himself, explains what can be expected: “The itinerary of the 2017 Dakar rally respects rally-raid traditions with a physical challenge that will require the utmost from the competitors. Seven stages are longer than 400 kilomtres and one of them even more than 500 kilometres. For six days, the competitors will be at an altitude of over 3,000 metres. The decision will only come on the final stage at Rio Cuarto.”